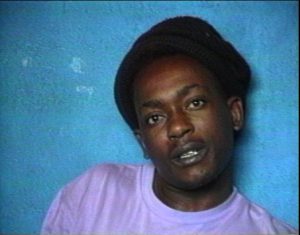 Black openly gay men in Zimbabwe and South Africa speak of their personal, social, and political struggles; of their work as political activists, hairdressers, and prostitutes; of racial dynamics; and of their future as individuals and as members of a global gay community. OUT IN AFRICA was the first widely publicized film ever produced on gay people and gay culture in Africa. The video offers a unique perspective on a controversial subject and provides new stimulus for the ongoing discussion of race and sexuality in gay and black communities.

The Turin documentary jury praised the video for its “sincerity, commitment to the social and political struggle of the gay African, and for speaking so clearly and simply in an African voice.”